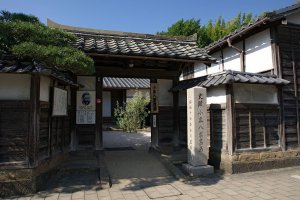 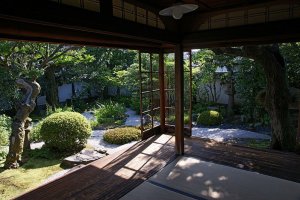 Lafcadio Hearn was a British explorer who arrived in Japan in the 1800s and became a well-known author who introduced aspects of Japanese culture to the Western world. Hearn was best known for his book of short stories, “Kwaidan”, among his thirty other publications. His writings were loved for their authentic views on Meiji-era Japan, unbiased by his Western origins.

Hearn became a naturalized Japanese citizen after marrying Koizumi Setsu, the daughter of a Matsue samurai, in 1896. He moved to Kumamoto with his family and penned many of his famous works here in his former home. Previously, Hearn stayed in Matsue city, Shimane — where the Lafcadio Hearn Memorial Museum is currently located.

In 1934, the original Hearn Memorial Museum was built next to the site of his former residence, but was renovated and moved to its current site in Matsue City in 2016. The reopening of the museum was to commemorate the 120th anniversary of Hearn’s Japanese naturalization.

It was said that Hearn created his famous work “Glimpses of Unfamiliar Japan” here in this very building. The residence was preserved since Hearn’s passing and renovated in 1995. Now, the building contains displays and educational information about Hearn’s life and creations.

Why not review more places in كوماموتو?

Kumamon Square is the "office" of Kumamoto Prefecture's famous mascot — Kumamon. Here, visitors can see Kumamon in action as the "sales manager"..

Kumamoto Castle is the third largest castle in Japan and one of its most popular historic sites. Originally built in the early 1600s by renowned castle..

Suizenji Jojuen is a traditional Japanese landscape garden that was established in the late 1600s. The 64-hectare garden is as large as a park, which..