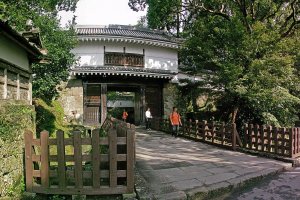 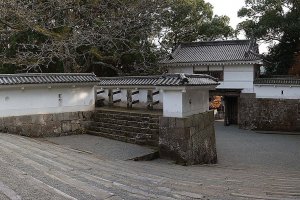 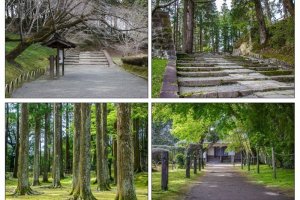 Obi Castle is a small castle located in Obi City, Miyazaki. Built during the 15th century, Obi Castle was meant to protect the Shimazu clan's territory from their enemies. The castle ruins consist of impressive stone walls, cedarwood castle gates, and a replica of the lord's residence — Matsu no Maru. The area also includes a castle town, whose charming traditional streets often get compared to Kyoto. Obi Castle is a great off-the-beaten-track destination for history buffs and fans of Japanese culture.

After Hideyoshi Toyotomi defeated the occupying Shimazu clan, Obi Castle was given back to the allied Itoh clan in 1587. Before Toyotomi's reign, the Obi Castle building was taken over multiple times, due to the constant warring between the Shimazu and Itoh clans.  As a result, the original castle building has been rebuilt and refurbished to preserve the remaining structures. The castle gates were restored using local 100-year-old Obi cedarwood, adding a rustic flair to the ruins. To soak in the atmosphere of the old castle town, you can hop onto one of the jinrikisha rickshaw drivers who will take you on a tour around the neighborhood, old-school style.

Sometimes referred to as "Little Kyoto", Obi Castle Town also has much to offer in terms of historical sites. Visitors can learn more about the city's samurai past from any of the seven museums and preserved residences. An all-in-one ticket is available for visitors who wish to visit all of the attractions and is highly recommended as it helps save over half the cost should you pay for admission to each facility separately. The seven historical sites include the Matsu no Maru, Obi Clan Historical Museum, Merchant Museum, Komura Memorial Hall, Yamamoto residence, Takahashi Residence, and Yoshokan.

1-hour train ride from Miyazaki Station to Obi Station, followed by a 20-minute walk to the castle grounds.

Why not review more places in ميازاكي?